McDowell, an arrogant, selfish, uncaring surgeon--except with his three children whom he ineptly tries to council as they come of age--loses his career, wealth, respect, and fame when his grandson goes on a killing spree and then fails in a suicide attempt living in a vegetative, braindead state. When the boy dies under suspicious circumstances, McDowell is convicted and jailed for second degree murder. He escapes to become a fugitive pursued by authorities, an investigative TV reporter eager to interview him before capture, and his daughter who is trying for a retrial.
McDowell’s family members struggle to find meaning in their lives but each is thwarted at every turn by their father’s reputation. McDowell keeps on the move to prevent his capture and establish a new life. He is forced to gingerly reenter society at the lowest levels and with each new acquaintance, he must learn a new sense of humanity to survive. A finalist in the William Faulkner Creative Writing Competition. 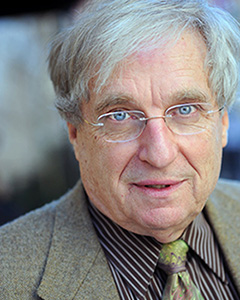 William H. Coles is the award-winning author of short stories, essays on writing, interviews, and novels in contests such as The Flannery O’Connor Award for Short Fiction and the William Faulkner Creative Writing Com­pe­tition, among others. He is the creator of storyin­literary­fiction.com, a site dedicated to educational material, a workshop, and examples for writers seeking to create lasting character-based fiction with strong dramatic plots that stimulate thought about the human condition. He lives in Salt Lake City, Utah.
Bio,  Wikipedia

"Coles has a knack for creating
distinct characters." "…expertly weaves together various threads…" "No player is wasted as a mere plot device." "This worthy tale delivers an epic feel
and strong characters."

The sky cleared briefly before daybreak. The sharp bitter winds eased somewhat, but the negative forty-degree temperatures penetrated to the bone. Hiram McDowell lifted the flap of a one-man tent to look in on Erick Woolf, who turned his head, his beard tinged in frost-white from his labored breathing; Woolf lifted his goggles, his pale blue eyes opaque with fatigue.

Woolf shook his head “no,” trying to smile but his face remained motionless.

Hiram took off his outer gloves, freed up an oxygen tank from Woolf’s backpack, and placed the mask on Woolf’s face. Woolf rallied after a few minutes of oxygen.

Within half an hour, with four other climbers, Hiram and Woolf started for the summit. Woolf’s fatigue slowed progress and after an hour they soon fell behind the others. The wind gusts increased. Woolf sank into a sitting position a few yards from a slope of snow and ice.

Hiram steadied himself on a steep vertical. For a few seconds, the visibility improved, but he saw no one.

With only slight hesitation, Hiram waved his agreement. He had only two hours or less to summit before their oxygen supply ran low. And Woolf was too weak to go on; the rest would strengthen him. At the summit, Hiram took photos and, for a few minutes, absorbed the satisfaction of his achievement and the awe of the view from the highest point on earth.

Winds picked up and snow and haze decreased visibility as he began his descent. He pressed on. After an hour, he stumbled onto Woolf a few feet from where he had left him.

“Get up,” Hiram yelled over the howling wind.

“Help me. In the name of God,” Woolf pleaded.

END_OF_DOCUMENT_TOKEN_TO_BE_REPLACED

McDowell by William H. Coles is a literary fiction read that features crime, family, and one man’s epic fall from grace to grass and his pursuit of meaning, inner freedom, and redemption. Meet surgeon McDowell, an arrogant and selfish man who only thinks about himself and his children. But as life always has a way of putting people where they belong, he soon loses his wealth and reputation and his career falls apart, thanks to a grandson who commits a series of murders and yet fails to take his own life. This leaves the family with a vegetable. But then the grandson dies in a mysterious way, and all hands are pointing at McDowell. Read on to experience the family drama, the intense suffering, and how he will make one last attempt to redeem his life after his conviction.

William H. Coles has written a story that has a lot of entertainment for readers. It is also one that comes with powerful lessons on love and giving. I enjoyed following the journey of the protagonist, watching him descend to the lowest level of society to learn meaning and the real purpose of life in unlikely places. The story is beautifully told, in elegant and crisp prose that will entice readers to keep reading on. The writing features beautiful passages that unveil strong emotions. The story is both emotionally and psychologically charged and readers will love the way the conflict develops and how it drives the plot forward. McDowell is a great story from a master entertainer, a story with powerful lessons for life.
END_OF_DOCUMENT_TOKEN_TO_BE_REPLACED

Purchase McDowell at these retailers: 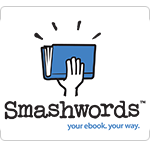 The Spirit of Want